Pet of the Month: November 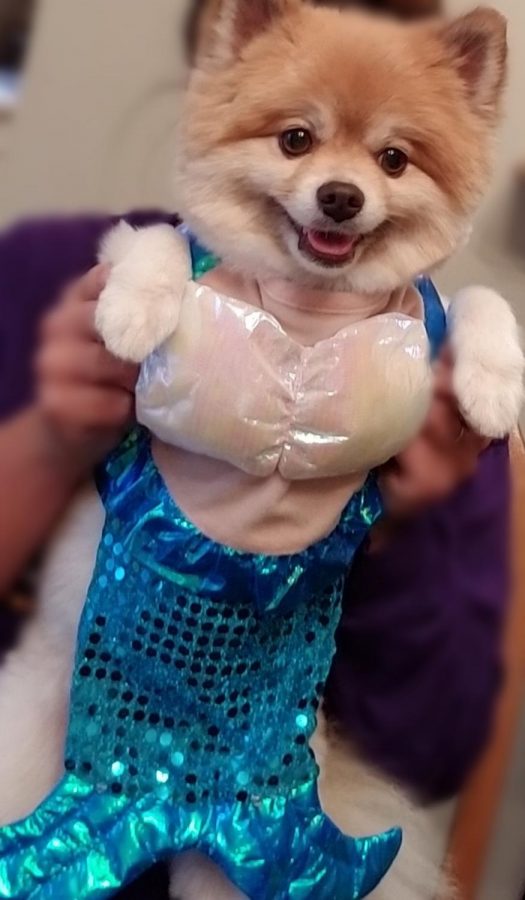 Believe it or not, this is not Lulu's Halloween costume...she loves dressing up as a mermaid any day of the year.

Lulu is a beautiful Pomeranian that belongs to Mrs. Cotton, Calculus teacher. She is five years old and recently became a proud big sister! Some of her hobbies include hiding from the aforementioned younger sibling, stealing her owner’s delicious bowls of ice cream and dressing up in adorable Halloween costumes.This is not Lulu’s first time in the spotlight; she is frequently mentioned during Cotton’s Calculus classes, and she even publicly commented on the launching of Cotton’s singing career in April of this year.  Interestingly enough, Lulu’s birthday is supposedly on Valentine’s Day, hence the reason she is such a loving pet. Cotton became Lulu’s owner five years ago after rescuing her.  They have been inseparable ever since.