Ranking scents of fall: sugar, spice, and everything not-so-nice 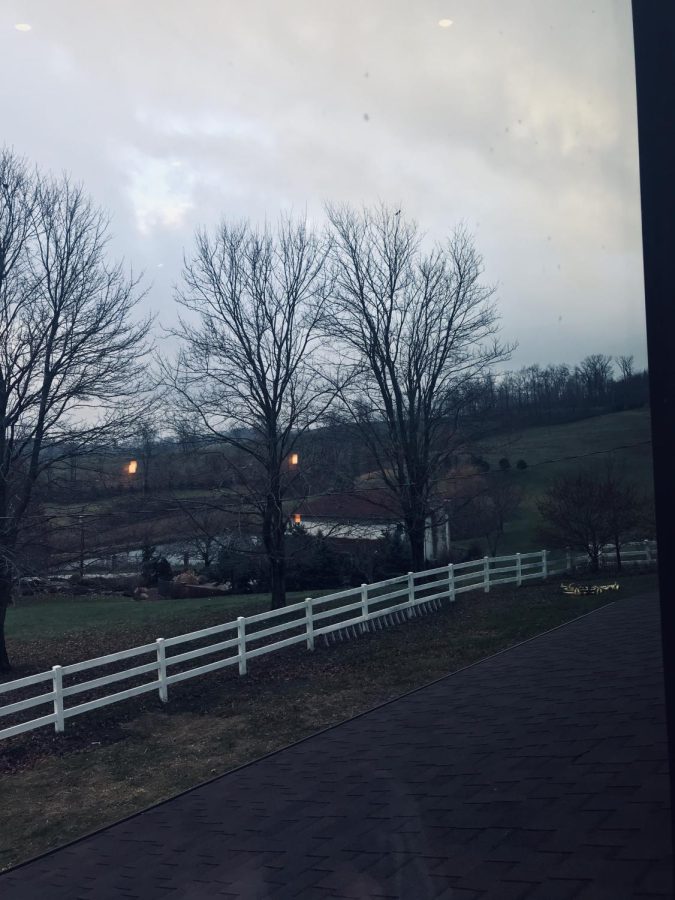 There may be no greater scent then a gray fall morning. It's brisk and clean and perfectly ushers in the cooler months.

Ah, fall. That annual time when football and latte art latch on to every part of our lives and cling more desperately than a tree’s final leaf after first frost. But pumpkin spice and your unwashed “lucky” jersey aren’t the only aromas the fall equinox brings with it; that said, not all autumnal scents are created equal. So I took it upon myself to determine a definitive placement for some of fall’s most recognizable scents. The following list is, in essence, fall’s essence, ranked.

The yearly October screening of “The Exorcist”

October is for everything spooky, but whether you’re a horror film fanatic or not, you can’t possibly think this situation smells good. I’ve never seen a Yankee Candle describe its scent as stale popcorn, sweat and tears, so why would I want to spend my Saturday night enveloped in that very aroma? It’s almost as offensive as Bette Midler’s hairstyle in “Hocus Pocus.”

Yet another example with body odor as a key fragrance note, high school football games are an assault to the nostrils. The fan sections is packed like a can of sardines, and it has the noisome stench of tinned fish to boot. Combine adolescent perspiration with nacho cheese and the body paint colors of your choice (go team!), there’s no amount of laundry detergent capable of removing that level of stink.

I know, I know, I can see you gasping in shock through the screen. It’s not that the poster child of fall scents smells bad, per se, it’s just that it’s so…invasive. Pumpkin spice has long escaped the confines of the humble PSL. Now we have pumpkin spice soda and pumpkin spice hummus and even, it hurts me to say, pumpkin spice sausage — it’s too much, I say! If only we could reconfine this warmly-scented blend back to the realm of espresso and pie, but alas, I think we are past the point of no return.

You and I both know exactly what this smells like. It’s an all-caps combo of VANILLA! and CINNAMON! and something else straddling cloying and earthy. This one also has hints of body odor, both sweat from the panic brought on by such a chaotic environment and a whiff or two of lingering Turkey Day meat sweats, due to the swells of humanity crammed into such a tiny, windowless store. While I wouldn’t characterize this scenario as pleasant-smelling, my olfactory system has been subjected to worse.

For many children, jumping in leaf piles is the height of the fall season. Working hard to construct a tower of red and orange leaves just to smash it flat with sheer body power is a nostalgic and near universal experience for American kids. But this list is not about childhood memories and the fact remains that that pile of decaying organic matter on the ground smells more than a little funky (think the three D’s: dirt, damp and dog poo).

Finally, an aroma with some reprieve from the stench of body odor. Sweet, spicy cider is like comfort in a cup. It pairs well with most indoor and outdoor fall activities, and its flavor and fragrance are consistent. However, this middle-of-the-road scent is about as original as a Hallmark special, so I can’t place it any higher on this list. It’s just too basic.

It’s late, a little cold, everyone’s wrapped in blankets around a roaring fire. Maybe there’s  marshmallows or a cold breeze. It’s predictable, sure, but its consistency is what makes it such a fall staple, especially for young people. The only real downside is that you’ll be smelling it on your flannel jacket for weeks after.

Now we’re into the good stuff. It may be damp and very cold, but the smell of cellophane wrappers, cheap chocolate and artificial fruit flavor overwhelms any environmental factors. There are so many good scents around the neighborhood on this night. And did someone order pizza? That’s just icing on the cake (or should I say chocolate on the Twix?).

A glistening turkey. Yeasty, fresh baked rolls. Buttery mashed potatoes and green beans. And pumpkin pie! Pecan pie! Apple pie! The scents of this meal will linger for days in the best ways possible. This smell is transportive. In any place at any time, the words “Thanksgiving dinner” take you immediately back to the day for family, friends and a little overindulgence. As long as nothing is burned (a mild-to-moderate risk, depending on who’s in the kitchen) and no tears are shed (joyous ones excluded), I don’t have a single negative note for this.

Thanksgiving may be the peak of scents, but I think there is one smell that goes beyond perfection. A crisp fall morning is unmatchable. It’s bright out, yet there’s a chill to the air, and the whole experience smells like, for lack of eloquence, transition. If I could ascribe a scent to hope and anticipation, I think this would be it. It smells of Saturday morning soccer games, and hayrides to the pumpkin patch and weekends spent camping in the mountains. No matter where you are when you experience it, this scent, at the risk of sounding banal, grounds you in the moment and the memories. Savor it.

There you have it. My definitive ranking of the best and not-the-best scents of fall. Of course, feel free to bicker over the placements in the list, but take away at least one thing; fall is a versatile and complex time for scents. It’s rooted in relationships and experiences both familiar and new. So get out there, do something autumnal, have fun and be safe (just try not to sweat too much, for the sake of my nose and yours).