What is a Hiller? 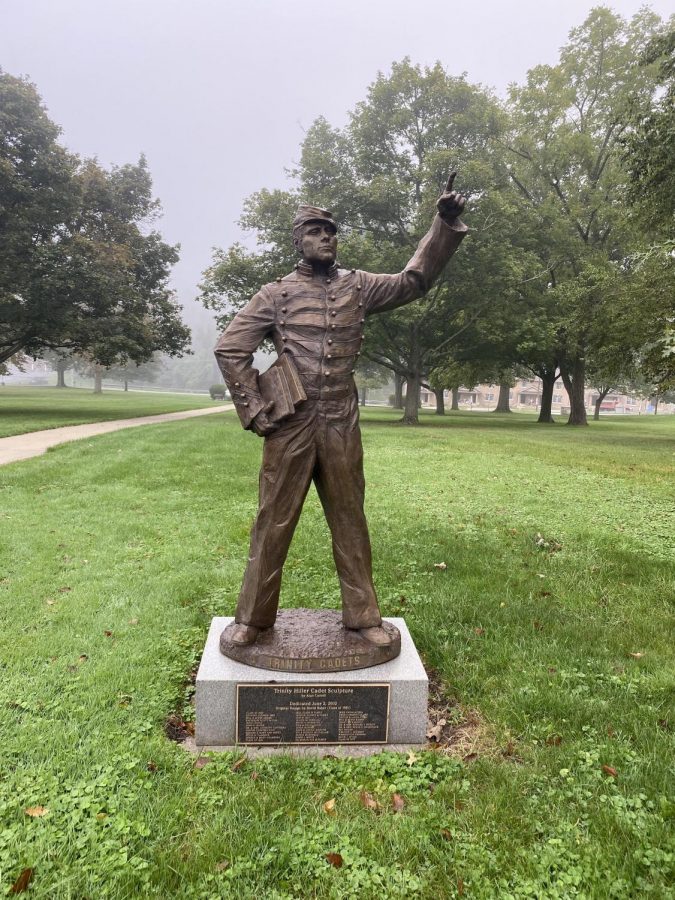 Trinity’s mascot has been a mystery not only for current students at Trinity High School but also for other schools. A picture of the bell tower has been the logo for the school since the 1930s. On page three of the  THS Student Handbook for the school year of 2021-2022, it is stated that the school mascot is a Hiller Cadet.

The school once served as a military academy for boys, and in 1925, Trinity once again became known as an educational institution. Because of that, the cadet, an officer candidate or a trainee in the military, became the school’s official mascot.

During the time of the Trinity Hall Military Academy, Ulysses S. Grant, the United States’ 18th president came by and helped instruct the boys in the academy. It is also rumored that George Washington would come by to check-in on the boys of the academy as well. Since the Academy is such a huge part of our history, we honor it by having a Cadet as the mascot for the Trinity Area School District.

Trinity Hall is now a museum and is more commonly known as Old Main. Anyone interested in the museum can visit per request through Mr. Aaron Scott, Director of Facilities & Transportation.