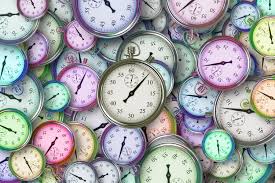 One hour was "lost" on March 14 as citizens across the country adjusted their clocks to Daylight Saving Time.

Spring often symbolizes the first opportunity to enjoy the outdoors after many cold, dark winter months of being stuck inside. As the days get longer and the weather gets warmer, the majority of states observe Daylight Saving Time (DST) to shift the daylight hours later into the evening. The United States just observed the start of DST on March 14, 2021, pushing clocks ahead by one hour. In recent months, however, there have been numerous debates that question if the “fall back, spring ahead” model is outdated and whether DST is necessary in modern society at all.

Germany was the first country to enact DST; on April 30, 1916, Germany embraced a new time structure in order to maximize the utilization of sunlight during the day. By limiting the need for electrical usage in this way, Germany was able to conserve the fuel that was desperately needed during World War I. Weeks later, the United Kingdom introduced a similar time structure which they called “Summer Time.” By 1918, the rest of Europe and the United States adopted the system of DST.

After World War I, there was no longer a need to conserve fuel so DST was abolished worldwide. When World War II presented a need to ration fuel once again, President Franklin Roosevelt established DST year-round in the United States and called it “War Time.”

In the years following the end of World War II, states and localities in the United States were free to start and end DST whenever they pleased, a system that Time magazine described in 1963 as “a chaos of clocks.” Order finally came in 1966 with the enactment of the Uniform Time Act, which standardized DST nationwide. Today, DST begins on the second Sunday in March, when people move their clocks forward an hour, and ends on the first Sunday in November, when clocks are moved back an hour.

Experts have sighted many modern benefits of the DST system. The Department of Transportation states that DST reduces traffic accidents and crime incidents, since both of these dangerous events are more likely to occur in the darkest hours of the day.

But, from the standpoint of energy conservation, DST does not provide any significant benefits in the modern world. In fact, DST may even cause a slight increase in residential electrical usage; economists have calculated that the energy savings on lighting are offset by the use of additional air conditioning on summer evenings and heating on spring and fall mornings.

With these various benefits and drawbacks, states differ on their commitment to DST. In the United States, federal law allows a state to exempt itself from observing DST, upon action by the state legislature to do so. Hawaii and Arizona are the only states to have taken this action, and they no longer observe DST at any point in the year.

Some states are following the example of Hawaii and Arizona and are looking to get rid of DST completely, while others are fighting to establish DST as the official time year-round. So far in 2021, 28 states have introduced 63 pieces of legislation addressing DST on both sides of this debate.

The most common proposal among these states, including Pennsylvania, is one that calls for no “fall back” to standard time in November. This move would eliminate standard time completely and keep the DST system year-round.

“The call to end the antiquated practice of clock changing is gaining momentum throughout the nation,” Mark Rubio, creator of The Sunshine Protection Act that follows the above proposal, said.

Because of the Earth’s tilt, the sun spends less time above the horizon during winter,  so winter days will always have shorter daylight hours. But, year-round DST would shift that daylight from the morning to the evening, meaning the sun would rise and set an hour later than normal from November to March.

“…making Daylight Saving permanent would give folks an hour back of sunshine during the winter months when we need it most,” Senator Ron Wyden commented.

While many parents and teachers oppose the idea of darker winter mornings, which could put children’s safety at risk while traveling to school, others look forward to the opportunity of enjoying more sunshine in the evenings.

Whether 2021 will be the last year that the United States “springs ahead” or not, lawmakers and Trinity High School students alike can set the DST debates aside to enjoy the spring sunshine this month.