Pet of the Month: February 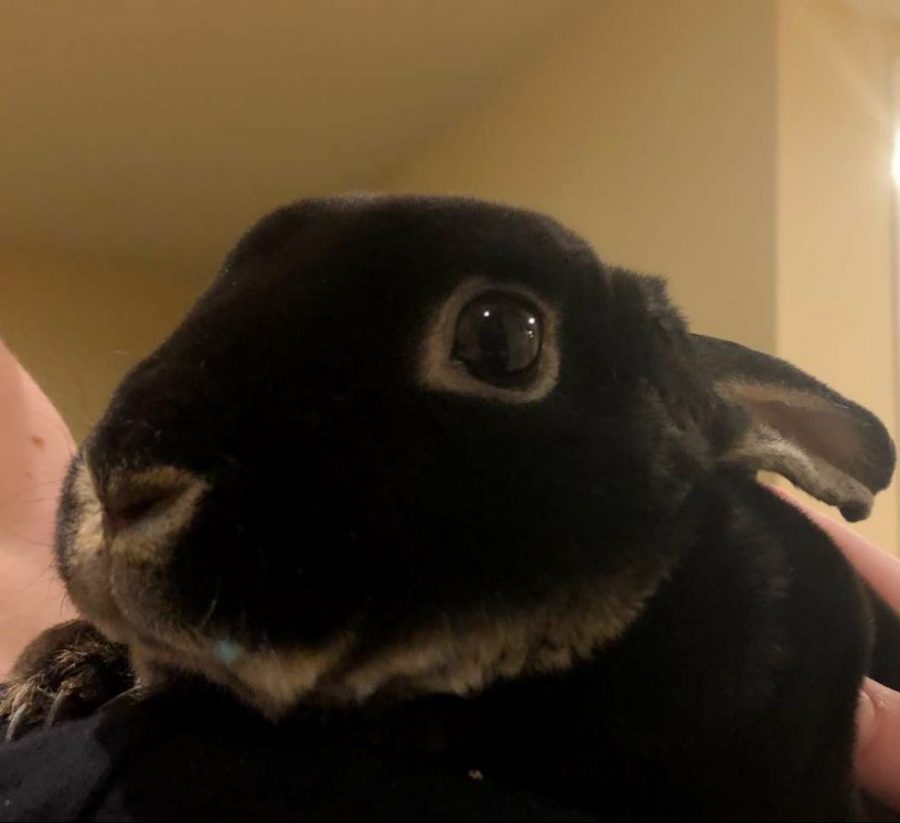 Charles Junior is simply too adorable to ignore!

Charles Junior, the wide-eyed, fluffy rabbit, is Pet of the Month for February. He is owned by Senior Jilian Sander. He is about 2 years and 9 months old and a black otter Mini Rex rabbit.

Sander adopted Charles Junior on August 14, 2018, from a friend at a fair and named him after the friend who sold him to her.

Generally, he loves to make noise, especially when he seeks attention from Sander. He often seeks this attention at 5 a.m., since rabbits are crepuscular—meaning that they are active during the twilight period. He is also super soft and loves to cuddle!

Even though he can be a little noisy, his fluffiness simply outranks his noisiness.