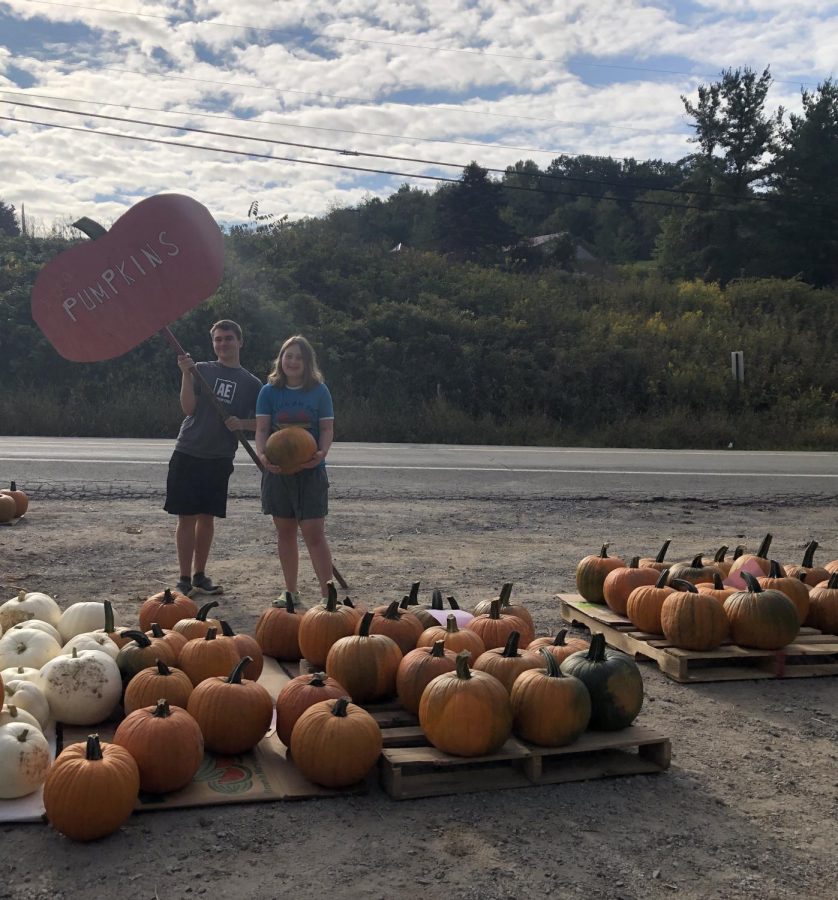 Zach and Sarah Losko stand proudly in front of their pumpkins, with their homemade signs, during a successful day of pumpkin selling.

While this socially-distant fall has left many people stuck indoors, the Losko family has taken to the patch, where they have finished their third year of successful pumpkin growing and selling.

Sophomore Zach Losko explained that they were first inspired to start the patch after their Dad learned about pumpkin growing from local farmers.

Now, the family has become seasoned pumpkin-growers, and they have enjoyed every aspect of it, including patch care, picking the pumpkins, and selling them at their stand.

Certainly, maintaining the patch requires a great deal of work and care.

But, exactly how their family cares for their patch will remain a mystery, as Zach Losko questioned “Do you really think we’re going to reveal our secret?”

However, they did reveal that during the growing season, they faced some difficulties, including pests and a drought. To combat this, they continued to take the best possible care of the patch and they even hand-watered the pumpkins during the drought.

They sold their pumpkins at a stand located just off of the Lone Pine Exit. They felt that it was a very positive experience.

Plus, because interactions are now limited with COVID-19, Sarah Losko explained that she has definitely enjoyed the opportunity to see people again at the stand.

Throughout the experience, Zach Losko explained that he has learned management skills, while Sarah Losko elaborated that she has learned the true “value of a dollar.”

They said they truly learned to work together, and that it has brought their family closer together.

Best of luck to the Losko family on next year’s patch!