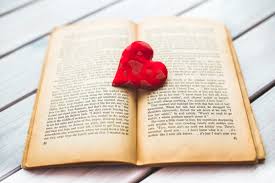 Photo accessed via Google Images under the Creative Commons License

Valentine's Day has evolved throughout history into the holiday that we love today!

When envisioning February 14, many look forward to the chocolates, presents and sappy Hallmark cards that are associated with the famous day celebrating love. However, the holiday now known as Valentine’s Day has not always been filled with candy hearts and roses. Historians now understand the true roots of this holiday and how society has shaped it for centuries into what it is today.

Anthropologists believe that Valentine’s Day has its origins in the Roman festival of Lupercalia, which was held in mid-February every year and dedicated to Faunus, the Roman god of agriculture. The festival, which marked the coming of spring, celebrated fertility with different rituals and rites.

By the end of the 5th century, however, Pope Gelasius I wished to replace this pagan celebration of Lupercalia with a Christain holiday similarly associated with love, new relationships, and fertility- St. Valentine’s Day.

However, historians are still unclear on who the true “Valentine” was that became the Saint accredited with this holiday of love. Part of the confusion is due to the fact that there were three martyrs with the family name of “Valentine” all living around the same time in the 3rd century, and the legends associated with each man often became combined into one synonymous story.

One legend states that Valentine was a priest who served in Rome during a time when the Emperor outlawed marriage in the hopes of keeping more young men fit for battle; without a commitment to a woman or family, the Emperor believed that the young men would be more willing to risk their lives for the good of the land. Valentine, realizing the injustice of this decree, performed marriages for young couples in secret, fostering the spirit of love and compassion.

Another legend suggests that Valentine, after being imprisoned for his association with Christianity,  sent love letters to a young girl that he had fallen in love with before his confinement. Allegedly, he signed the letters “From your Valentine,” an expression that is still used today.

Other lore insists that it was Saint Valentine of Terni, a bishop who showed great kindness, who was the true namesake of the holiday.

Although the truth behind the actual “Valentine” is unclear, all of the stories that surround this character emphasize an appeal to a sympathetic, heroic and romantic figure.

Due to these admirable characteristics, the supposed “St. Valentine” became one of the most popular saints in England and France by the Middle Ages. In this time period, valentine greetings grew in popularity, although written valentine’s didn’t begin to appear until after 1400. In fact, the oldest known valentine was a poem written in 1415 by Charles, Duke of Orleans, to his wife.

In Great Britain, Valentine’s Day began to be popularly celebrated around the 17th century. By the middle of the 18th century, it was common for friends and lovers of all social classes to exchange small presents and notes, and by 1900 printed cards began to replace hand-written letters due to improvements in printing technology.

Americans followed suit, and by the 1840s, Esther A. Howland, known as the “Mother of the Valentine,” began selling the first mass-produced valentines in America. When the industrial revolution of the 19th century ushered in an era of factory-made cards, Hallmark Cards of Kansas City began mass producing valentines for citizens across the country.

Since then, the commercial industries associated with the holiday have grown rapidly in popularity; this year, it is estimated that 190 million greeting cards will be bought and exchanged between loved ones.

According to the National Retail Federation, the total spending for the holiday is expected to top $18.2 billion this year, with $4.3 billion set aside for jewelry sales, $1.7 billion for candy sales and $2 billion for flower sales.

In fact, over 250 million roses are produced every year to accommodate the demand for the holiday.

Clearly, the holiday has dramatically changed as centuries have shaped it into the Valentine’s Day that citizens enjoy today. Happy Valentine’s Day, Hillers!