Pet of the month: December 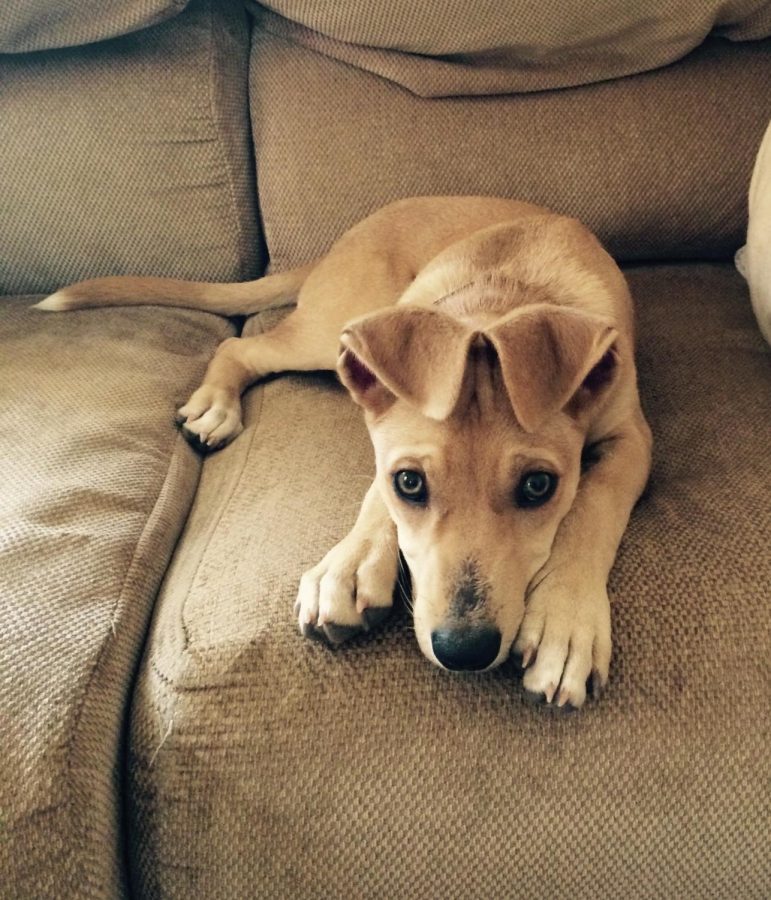 This is Pumba whenever he was younger, in Africa.

Pumba is a handsome African dog owned by Sophomore Even Berry. He is three years old and has two siblings, a Great Dane named Ella and his little brother, a cat named Blu. Although Pumba seems like a normal dog, he has a very heartfelt story.

In 2017, he was brought to the United States from The Gambia, West Africa. Berry’s family had found him on the beach after he was being dragged around by local boys who were trying to get rid of him. He was covered in fleas and suffering from ringworm on his nose. Berry’s family decided to rescue Pumba and bring him home with them.

Pumba, now happy and healthy, enjoys digging up the yard and searching for chicken bones in the trash.